For this condo I sold in Fremont for $575,000, I was the agent for the seller, who told me that his mom actually found me on the internet. Yay for mom! This is a great condo and meticulously maintained by the seller. There were 2 items that made things a bit more challenging to spark a lot of interest, 1 is that the owner occupancy is SUPER low in the community, there are actually more tenants living in the community than there are owners. So, not only there is a bit of a stigma to some buyers for that scenario, but also banks aren’t thrilled with it either. So, there just are not as many buyers or loan options when there are more tenants than owners.

The other item that some of the buyers had a hard time with and couldn’t get past is that there were absolutely no doors on any closet, so not the bedroom closets, not the hall closets, nada. The place looked great and very clean, and it actually made the place look bigger and gave more space, but the lack of closets was an issue for some, and although they can be added back, of course, some buyers just don’t have vision or want to do it, I guess. Not only all the doors were missing, but so were the tracks both on top and bottom. So, it would be a bit of a project, not huge, but a bit of a project to add in the tracks top and bottom and then also the doors again. It looked great without them, but yet, most buyers want closet doors so that their stuff is not showing.

For the transaction itself, let’s just say it would have been nice to have other options. The main negative anytime there is only 1 offer on a home, is that even if you aren’t thrilled with that buyer or agent, you are kind of stuck with what you get for the most part, if that 1 offer is basically acceptable overall in price and terms. And, between the buyers and their agent, it just did not go well, at any level, and by the end, I just wanted this to go away. The buyers were ridiculously picky, did not remove contingencies on time, and then would not send the necessary paperwork to extend contingencies and escrow and such. I could write pages just about the details of the transaction and all that did not go right, but it would be such a long story and frankly, I don’t want to re-live it.

It was horrible, I was constandly chasing the buyer’s agent to simply stay in contract and not let dates just pass by with nothing in writing! But we got through it. I felt confident the transaction would close. I knew the buyers were just scared and misguided, but things would work out in the end. Although, during the process, trying to explain to a client…don’t worry, it will happen…when you don’t have any hard evidence to prove it, except your gut feeling and experience, is not really ideal. 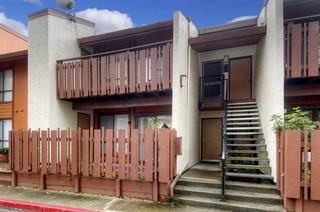