For this home I just sold in Santa Clara for $2,100,000, I was the agent for the sellers who are moving out of the Bay Area. It was a long process from start to finish, in that they needed their kids to finish the school year, and do some things for prepping the home, so it took months to prep and also have the home ready at a time in which they could work with the timing of the school year ending.

Over that time, the market was shifting, and we just paid close attention to try to best capitalize on the right timing for selling and also realistic timing for staying until the end of the school year.

It was a bit of a rocky ride monitoring the market, because we were noticing the market changing and we wanted to make sure we made this all work. The sellers did a lot over the course of time to prep the home, so it really did look amazing when it was ready for sale. Some key things they did to really dial it in for curb appeal made a huge difference. They had already spend a lot of money on upgrades over the years when they were just living there and not in the market to sell. So, the upgrades truly were over the top and super high end.

One thing that I personally noticed prior to listing the home was that the county records did not match the actual house in that the bedroom count was off. The county records were showing 4 bedrooms, when the home is actually 5 bedrooms. So, that was something I asked the seller get corrected right away so that there were no questions about it. And, it truly is per the county, a 5 bedroom home, so the county just simply made some kind of error and did update their system to get that corrected. That can take time, so anytime county records are incorrect, it’s a really good idea to get that corrected, so that when one does go to sell, they aren’t dealing with that at the 11th hour. It takes time for the online sites and records to catch up to the county records, sometimes many months. So, it’s good to get that taken care of well in advance.

When we listed the home, due to the superb home condition and location, the expectations were high for this particular home, so when the open houses were not as busy as expected, it really was a sure sign that the market was slowing down. Thankfully, we did get a full priced offer after the first open house weekend, and a buyer that would work with us for the timing of the school, and we also had some additional interest. It just didn’t go as it would have last year at the same time, where we would have likely had 10+ offers. But, luckily, the right buyer came along and it was all good.

I know not to say “I have seen it all in my 24 years as a real estate agent”, because every time I feel I have been through basically everything, and really have seen it all, something new happens. And, in this case, there were 2 things that popped up that were quite stressful frankly. Thank God, both of these things came up BEFORE we accepted the offer and went into contract, so that we could alert the buyers of the situation BEFORE everything was said and done, so really, that was a true blessing. I felt very thankful for finding out in advance.

I received a call from the City of Santa Clara telling me there had been a complaint filed in regard to the shed, actually, it appeared the complaint was something about a water pipe on the shed, or something of that nature. Apparently, someone saw a water pipe on the shed during my open house weekend, and called the city about it. But, to this day, I don’t know if the complaint was truly about that water pipe, or the people were trying to get the City out to see that shed too close to the fence without the proper set back. Mind you, this is a VERY nice shed built on a foundation! It wasn’t old or raggety, it was really nice and no way did the seller or buyer want it to go away. But, the City called it and made the sellers remove the shed. The shed had been there for years and the seller told me that when they bought the home over 10 years ago, the shed was there, and that’s how they bought the house. They didn’t build the shed. So, that was SUPER stressful for the seller to get the shed removed and we also had to let the buyer know, that they were buying this home without the shed, sorry! Ugh!

And, since the City had been contacted with the complaint in regard to the shed, apparently, the City Inspector was reviewing the file for the home itself for some reason and noticed that there were never final permits filed on some of the remodel work that was done to the house. This work had been completed a couple of years ago, and it was done by a licensed contractor who assured them all was in order, everything was signed off, and they had permits. The sellers had all the paperwork and there were initials and things looked in order, but apparently, the actual final sign off was not complete, which means the contractor did not complete his job and the sellers had no idea. So, not only did the sellers have to remove the shed on a whim, but now they had to get a final permit on all the remodel work they did a couple years ago, the contractor was nowhere to be found, and they have to scramble to make this happen, while also dealing with the shed situation. So, it was a stressful time for the seller, to say the least.

I will say, and I did explain this to the sellers, that really, we were VERY blessed to find this out in advance, and not during the transaction when there would not be enough time to correct the issues and/or having to give this new info to the buyers during our transaction. And, to top it off, it was best that this happened while they were still the owners, and not have the buyers close on the transaction, and then find this info out months later. That would have been all bad. So, as frustrating as it was, I really felt we were lucky to get this all resolved and be able to pass over to the buyers, a home that had everything in order and no surprises down the road.

I think that once the sellers left the area, they were relieved to put this all behind them. It was a LOT to make such a big move, selling this home, buying out of the area, these surprises to pop up out of nowhere. It was just a LOT! But, now it’s all over and they can move on to the next chapter of life!

I guess the moral of this story, is when you think you are getting work done with permits, make 100% sure that everything if signed off and finaled by the city inspector. If you don’t know where to look, then go to the city and have them show you that it’s complete, don’t rely on the contractor. And, when you have a shed or any kind of structure really close to a fence, know that it very likely does not have the proper set back, and you just never know when someone may tell on you. 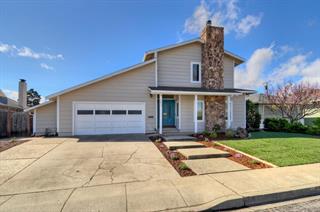