For this townhome I recently sold for $888,000 in San Jose, I was the agent for the buyers, who were referred to me by another client, who was their sister, and in the process of buying a home at the very same time! How cool is that??

This sale happened when the market was just starting to turn and getting warmer, it was not hot yet, but the feeling was in the air that things were picking up. The market had been cooler for some time, but things were just starting to heat up and the timing for this sale could not have been better for the buyers.

We were the only offer on this townhome and we got the home not ONLY for UNDER the list price, but the buyers also paid UNDER the appraised value! Big time score! The timing was just so lucky, in that if it was just even one month later, I think they would have competed for this home and paid much more for it.

The transaction itself was smooth and seamless. And, now they live just minutes from their sister, who also bought a home with me and closed within about a week of eachother. 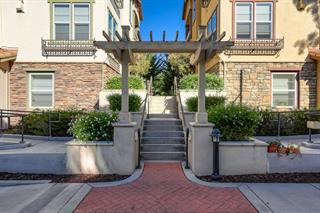