For this home I sold in Livermore for $680,000, I was the agent for the seller. This was our 2nd transaction together. This sale was a JOURNEY to say the least! A major roller coaster of the worst kind!

At the time, since this thing called Coronavirus was in the news, and people were nervous for good reason, the open house was very slow and hardlly anyone showed up. Usually an open house will generate a buyer, but not in this case, due to the COVID situation. Come the very next Tuesday, Shelter in Place happened, at which time, this listing went completely ice cold, in that no one could view the home in person.

Initailly, when Shelter in Place first went into effect, everyone stayed home, nothing could really happen. So, essentially, we weren’t going to be able to sell this home, if no one could view it. Then things lightened up in which buyers could see vacant homes. This listing was occupied by the owners, and they were not in a position to move out so that the home could be vacant for showings. So, basically, again, it just sat there, ice cold, since no one could come view it.

Then May 4th came along, in which guidelines were loosened a bit more, and occupied homes could be viewed under strict circumstances. So, basically from mid March until early May, this home just sat on the market and no one could view it in person.

Come May 4th, I started to get phone calls and showings, and within days, we had our buyer! This buyer needed to sell her condo in order to buy this home and the transaction was contingent on that sale. The buyer was willing to pay OVER the listed price if we would work with her through it.

The buyer already had a buyer for her condo and was about to go into contract. So, we felt pretty good about the situation, plus the seller was not in a hurry to move at the time, just as long as our transaction was solid.

Our parties were ready to close on time, but our buyer’s buyer had all kinds of delays and such with their loan. Their loan was just one delay after another and it was maddening and held up our transaction.

We were confident both transactions would close, but it was a matter of when, and in the meantime, just the day to day question of when is this going to happen? We had multiple extensions but finally got it closed. 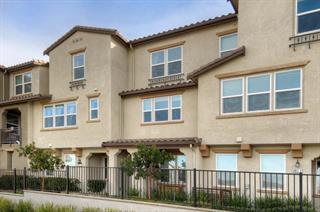