For this home I just sold in Gilroy for $851,500, I was the agent for the buyer, and this was our 3rd transaction together! He bought a condo with me back in 2004, and then sold that condo with me as his listing agent a few months ago after 14 years, to buy this home!

This is a brand new community. I have to say, I am not fond of how the new communities work. They are so pro themselves and have so little regard for the buyers. They have a builder contract that gives them every loophole on the planet to protect themselves, but then are very strict on buyers and force them to be basically at their mercy. If the builders don’t stay on track, they have so much cushion of protection, if the buyers don’t stay on track, they kick them to the curb and/or even make buyers pay penalties.

For this sale, we were told the home would be ready in mid October. We were told that for months. In fact, they forced the buyer to sell his condo WELL before it was beneficial timing for the buyer to sell his condo. Again, they wanted to protect themselves and make sure the condo sold, even though on the buyer’s side it was way too early to put on the market and sell to coordinate the timing for this new home.

But, we managed and coordinated the timing. All the way through listing the condo, being in contract, and even right before closing, the new builder said we were on track for mid October. On closing day of the condo, the rep tells us there is a delay! What???? We had put in a cushion for timing just in case this type of thing would happen, over a month, but then not only was this new community a month delay, but it was more than a month delay!

It was a super stressful and aggravating situation, especially since we had asked for months and up to the end of selling the condo if they were on track, built in a month cushion for possible delays, even though we were told there were none. When it was too late to do anything, THAT was when the rep told us there was over a month delay. There was even talk of a delay until December, which was just insanity. Both the buyer and I just kept after the rep and community relentlessly and we think it worked at some level, but not to the level of being on time for mid October. It ended up closing in November. The worst part about these new home communities is they just do what they want to do, and there is just no preparation in advance for this type of thing, no matter how hard you try. Buyers are just at their mercy and you just feel so helpless.

Of course, a buyer can cancel and tell them to take a hike if the delay is too long, but typically, the buyer really loves and wants the house they are buying, so they just go along with their shenanigans to the end. And, buyers also tend to stick with it, because most often, the prices are on the rise and they have locked in a better price than the current values at the current market time.

The buyer was a trooper and scrambled around to made arrangements in coordination to move into the new home. It was such a relief when the home was ready to close, because once they break their promises, you feel that you just can’t trust them on anything they have to say. The good news is that this family can have their first Christmas in their new home! This picture is not of the exact house itself, but of the same model. 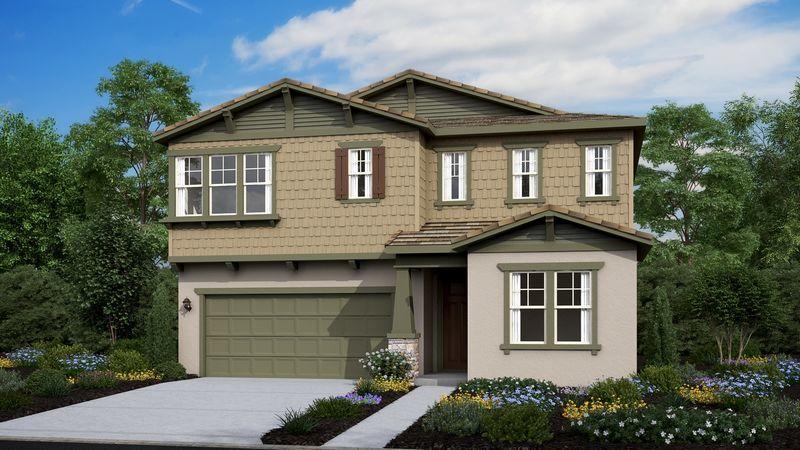