For this home I just sold in the Willow Glen area of San Jose for $2,150,000, I was the agent for the sellers, who bought this home with me as their buyer’s agent only 3 years ago, and decided to move out of the area.

The prepping of the home was the intense part, in that once I got the call to sell, the sellers wanted to move pretty quickly. I had to jump through some hoops and do a lot of begging and pleading to get some pretty booked up photgraphers and stagers on board. But, we made it happen.

We received multiple offers for this home and it went for well over the listed price and the buyer waived ALL contingencies. Overall, it was a very smooth and seamless transaction, not much to report, which is the best kind of sale! 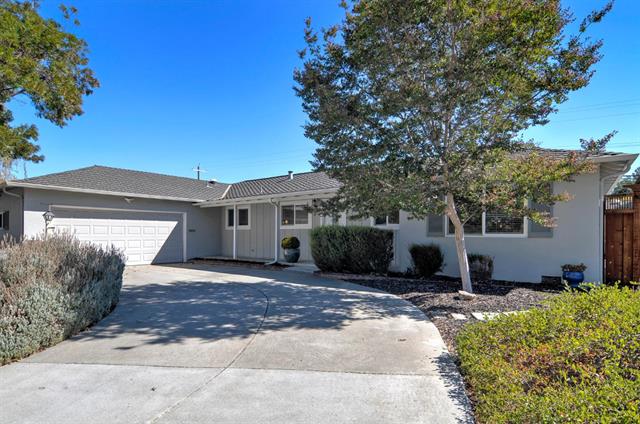 For this home I just sold in San Jose for $1,610,000, I was the agent for the seller. This was our 2nd transacton together, in that he also bought this home with me 10+ years ago!

This was such a crazy one! As many know, pretty much every home sells after the first weekend with mulitple offers and high levels of competition, which of course, we anticpated as well. It’s a great home, great neighborhood, great floor plan, desirable schools, great zip code, has a pool which is super popular these days, and just checks all the boxes, basically.

After the first weekend, I received a number of calls, interest, etc, but no offers! Agents saying they were writing, etc, etc, but then 1 by 1, they just bailed and/or went MIA. My only explanation was that maybe buyers felt the competition would be too fierce, and then there ended up being none at all after the weekend.

So, the next week comes along…mind you, this would have been a major shoe in for any buyer to NOT compete…and all of the sudden, I get 3 offers all at once! And, the competition ended up being super fierce between those 3 parties, all of which fighting to the death for this home. 2 buyers of which had seen the home the weekend before when we ended up with no offers! Any of which if they would have written an offer ANY sooner, could have bought this home for a LOWER price since there was no one competing. How crazy is that???

It was such a hard decision for the seller because all 3 offers were so close in price and terms, and it was just so hard to choose, going back and forth, and then just getting that last highest and best offer in, and the seller just made the call. Luckily, it all worked out for the seller and the price he wanted to achieve.

The transaction itself was very smooth and seamless, the buyer waived ALL contingencies, loan, appraisal and inspections, and at that point, the buyers were very relieved to be the ‘chosen one’ after such fierce unexpected competition. 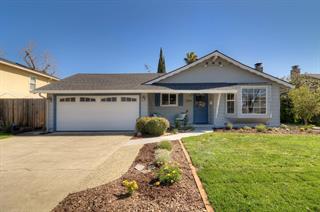 For this home I recently sold in San Jose (Willow Glen) for $1,530,000, I was the agent for the buyers, who are repeat clients, and this was our 4th time working together! I am still a bit behind in my stories, so this home sold before the New Year. And, in fact, we went into contract when the market was starting to change, but still on the slow side. A time when some areas were getting multiple offers, but mostly only in the best school areas, and homes in this area were not selling as quickly, or with multiple offers. So, it was right before the brink where things were starting to change, and then did end up changing pretty drastically just maybe a month later.

But, for this particular home and location, we were the only offer. In fact, the buyers made an offer soon after the home was listed, and we practically got flat out got rejected, because my clients had a home to sell in order to buy, and due to the market at that moment, the seller was too nervous to take an offer from a buyer who had to sell a home.

We actually went back and forth on price and terms for weeks! It was crazy! And, all that time, no other offer came in and we were the only offer on the table all of that time. In the end, my buyers decided to waive the contingency to sell and bought with NO contingency to sell, and as the upside for agreeing to that, the seller sold the home at a far lower price. The seller preferred to sell at a lower price and NOT have a contigency to sell, rather than get top dollar, with the risk of hoping the buyers could pull it off and sell their home.

So, the buyers ended up getting a better deal on the price, but the sacrifice was to have to buy without selling their home, at least as a contingency.

It seemed as if things were just a little rocky from the get go, starting with weeks of negotiations and going back and forth on price and terms, having a contingency to sell, and not. It was one of the longest negotiations I have had, to the point where the seller would not even respond to our offers or counters, and then days would go buy, and we would finally get some news.

And, that sentiment just kind of continued for the entire transaction once we were able to get into contract, just a bit off for one thing or another, not very smooth, but not to the point where they both wanted to part ways. The buyers also noticed that there was more damage to the exterior than what the termite inspector had reported, so they had an additional inspection to check it, and indeed, there was more damage than reported, which sparked yet another round of negotiations back and forth and my buyers got yet an even better price to make up for that addtional damage that was missed the first time.

Overall, we muddled through it and got through the rocky roads and in the end, the buyers were happy to get a good deal on the home and close on a home in the neighborhood she has wanted to live in since childhood. She was only looking for basically one floor plan in a very small area in which she has always wanted to live, so even though there were highs and lows…she now lives in her dream floor plan and neighborhood! 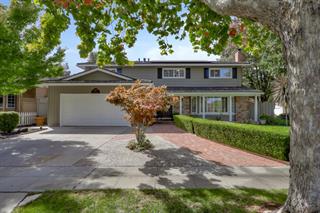