For this home I just sold in Union City for $1,125,000, I was the agent for the buyers, who were referred to me by another client who also used me as their agent to buy a home. When the buyers saw this home, it was very apparent that it was ‘the one’ and they really wanted it, so much so, it was a bit stressful on my end, because their enthusiam to get this home and their desire to do what it took to get it, put a lot of pressure on me to ensure they got this home, no matter what!

This home was just one of those ‘special’ homes. The home was immaculate. It’s a nice neighborhood. It has a great floor plan. It has nice upgrades. It has a lovely backyard. And, it was just a home that was going to spark a lot of interest, because it was the type of home that does not come up too often. And, to top it off, the listing agent listed the home at an aggressive price to just really spark a lot of interest.

There were 7 offers on this home, so that is a lot of competition, and it was rough! It seemed that a few of the other buyers wanted the home as badly as my clients, so competition was fierce. The buyers went in well OVER the listed price, waived ALL their contingencies, wrote a beautiful personal letter to the seller, and I just tried to be as up close and personal to the listing agent as possible. The agent gave very little info, so it was really difficult to know where we stood in relation to the competition.

But, thank God, we were the lucky ones! The agent called to tell me that we were the chosen offer. He mentioned that it was a super difficult decision because a few of the offers were so close. He told me that what helped to get our offer picked, was obviously overall price and terms, but also what swayed the seller our way was the buyer’s letter and also my persistence and being on top of things and keeping in constant communication. The listing agent told me that was the combination of things that tipped the scale in our favor. I ended up meeting the seller and she also mentioned to me that she loved the letter from the buyers and it really did make a difference in her decision.

This sale was the result of the actual homeowner’s death and the home was left to an heir, so it was bitter sweet. The buyers were excited to get this home. The seller, on the other hand, was dealing with a loss and it was a very sad and emotional time for her, as you can imagine. The seller just wanted to walk away and not deal with anything she didn’t have to deal with. So, there were a few challenges, nothing major, our side was trying to be compassionate and understanding, although, still with the desire to have things be properly handled per the contract. We got through it and made it happen, but it was a little rough toward the end.

The seller ensured us that everything would be out by closing day, and that a final pick up of some trash would be taken the day after closing. Well, the seller left items in the house and around the house, that she was not supposed to leave. The trash was NOT picked up the next day. And, the seller didn’t leave the house as clean as maybe a seller would for a sale that was more the result of a positive reason to sell. I personally had the trash hauled off as soon as I got word it was still there. The seller made a deal with the buyer to leave a $7,000 sauna for the buyer, if she didn’t have to come back or deal with anything else in regard to the house and items that were left. The buyers took that deal. So, it all worked out, just a few hiccups due to the general situation and reason for the sale. On a brighter note, the home actually appraised for HIGHER than the buyer’s paid, so even competing with 7 offers, the home still appraised for HIGHER than what they paid! 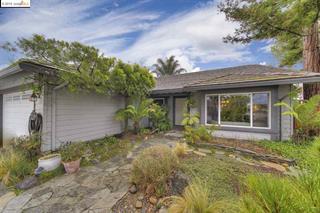